www.theaudl.com
Founded in 2012 with its inaugural season starting in April 2012, the American Ultimate Disc League (AUDL) is the first and largest professional ultimate league in the world. It strives to maintain the sport’s rich history, and its 26 franchises embody the robust spirit of ultimate’s players, fans, and community alike. The league’s mission is to increase the visibility of one of North America’s fastest growing sports by creating fun, family friendly events that showcase the sport being played at its highest level. More history…

Major League Ultimate (MLU)
The MLU suspended operations in Dec. 2016
Founded in 2012 with its inaugural season starting in April 2013, the MLU consists of 8 teams in 2 divisions. The Eastern Conference is home to the Boston Whitecaps, New York Rumble, Philadelphia Spinners and Washington D.C. Current, while the Western Conference features the San Francisco Dogfish, Portland Stags, Seattle Rainmakers and Vancouver Nighthawks. The MLU will bring ultimate to a world-wide audience by making it accessible and exciting for our fans, rewarding for our players, profitable for our investors and productive for our partners. More history… 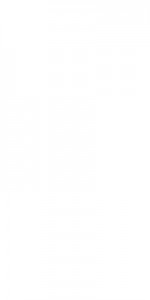